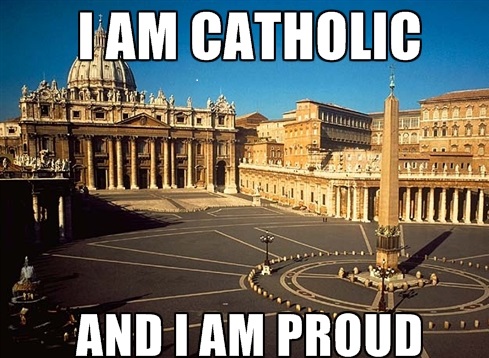 Growing up in Northern Nigeria is very interesting. Living in an area where you had Muslims and Christians living together, we looked forward to when the yearly fast for either the Muslims or Christians to begin. Not because we were going to partake fully in the fast, but because we took part in the food during the breaking of fast without missing our dinners.

Then we were all simply Christians and Muslims.

Growing up, I was taught that a Christian is a follower of Christ;someone who believes in the teachings of Jesus Christ.

I grew up knowing that in Christianity we had the orthodox and non-orthodox. As time went on, the blocks were further broken down to Catholics, Pentecostals, Baptists, Apostolics and some that I don’t even know which sect they fall under.

So agreed we have all these sects but as Christians we are still expected to live a life like Christ, not just emulate the life of Christ but follow if not all, most of the teachings of Christ.

Years later, March 2016 it is another season of lent, and the first thing that hits me is when a father who portrays himself as a Christian wonders why his daughter is fasting? Reason is that the fast she is observing (season of lent) is not the same as the fast in their church…. And I am WHAT??? What other denominational fast is superior to the fast as told in the Bible.

Well, just as I was bracing up to reflect on my new finding, I went to make my hair and asking after my favorite hair stylist, I was told she is not around as she was observing the ‘catholic fast’. Once again I am thrown off balance. Which one is Catholic fast again? I am told that the 40 days fast is now called the catholic fast as it is meant for Catholics and observed by Catholics.

My question is when did the fast become for Catholics alone?

If the fast is meant for Catholics, then why do we all celebrate Easter?

I am a Christian, I am Catholic and I am proud.